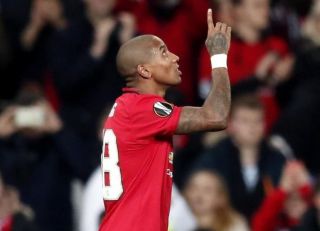 Ashley Young posted a heartwarming tribute to his Grandmother after scoring Manchester United’s opening goal in a 4-0 win over AZ Alkmaar at Old Trafford.

The former Aston Villa winger gets his share of criticism but at 34-years it would be bizarre to expect Youngy to be at his prime every week.

Delighted with his goal against the Eredivisie outfit, Young took to social media last night.

Alongside a picture that shows Young pointing to the sky, he posted the following caption on Instagram:

“Grandma I know you’ve waited a couple of months, but that one’s for you.”

Grandma I know you’ve waited a couple months, but that one’s for you 🙏🏾❤

Man Utd captain Young hasn’t had a lot of game time this season.

The emergence of Brandon Williams could see the youth team graduate become United’s left-back for years, with Young coming towards the end of his career and Luke Shaw failing to impress.

His goal came from a stunning Andreas Pereira assist.