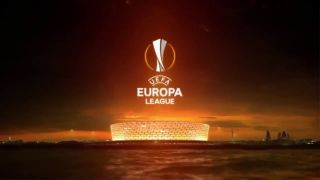 Man Utd qualified for the Europa League as winners of Group L and will avoid the four best third-placed finishers in the Champions League group stage. Those teams include Inter Milan, Ajax and Red Bull Salzburg.

The draw takes place in Nyon, Switzerland, on Monday December 16.

Below is a confirmed list of teams who have qualified, and the teams United could face.

Obviously we can’t draw AZ Alkmaar after sharing a group with the Dutch side — or Wolves as they’re a fellow Premier League outfit.

United could get Rangers though, which would see a tasty encounter seen as ex-Liverpool captain Steven Gerrard is their manager.

Bayer Leverkusen or Roma would be difficult ties and probably the two Ole Gunnar Solskjaer would want to avoid in the next round.

We’ll have coverage of the draw on Monday.