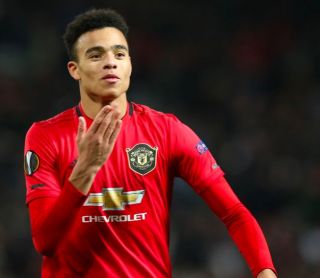 Ole Gunnar Solskjaer made nine changes to his side that beat Manchester City at the Etihad, and it was a lethargic, disjointed first-half performance from the Reds.

But Mason Greenwood was the star man in the second-half as he tore apart the Eredivisie side on the right-hand side.

The teenage starlet was clinical with his two finishes, staking a claim for a place in Solskjaer’s starting eleven for the game against Everton on Sunday at Old Trafford.

Ashley Young and Juan Mata were also on the scoresheet as the Reds avoided potential tricky knockout ties against Inter Milan and Ajax.

Greenwood, described earlier in the season by Solskjaer as the most natural finisher at the club, has now become the youngest ever player to score a brace in a major European competition for the Reds.

Mason Greenwood has become the youngest ever player to score a brace in a major European club competition for Man Utd.