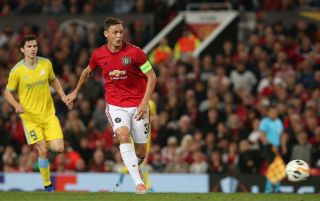 After a difficult few weeks for Man Utd, where manager Ole Gunnar Solskjaer looked in danger of getting the sack, things are beginning to look a lot better.

AZ Alkmaar are currently placed 2nd in the Eredivisie. They arrive hoping to win their first game on English soil after five previous attempts.

Both teams have already secured qualification for the knockout phase of the Europa League, however, tomorrow night they face-off with number 1 spot in the group table at stake.

Solskjaer may give Phil Jones some minutes at centre-back alongside Axel Tuanzebe, while Sergio Romero will replace David de Gea between the posts.

Aaron Wan-Bissaka could do with a rest so Ashley Young may get the nod at right-back — allowing Brandon Williams, or maybe even Luke Shaw, extra minutes on the pitch.

In his pre-match press conference, the Norwegian tactician said Nemanja Matic is back from injury and will be involved (quotes from Solskjaer transcribed by Manchester Evening News).

He has rotated the squad a lot in the Europa League this season, but expect to see some senior players start given the fact that the first spot in the group is up for grabs.

It might be a good idea to rest Marcus Rashford with Mason Greenwood starting in his place. At the rate Rashy is scoring goals, Solskjaer cannot risk burning him out over the festive period when other games hold greater significance.

Tahith Chong hasn’t took any of his opportunities in his first-team this season but we trust Solskjaer to give him more minutes on the pitch in the Europa League.