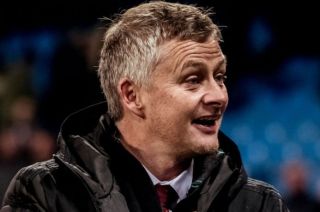 Ole Gunnar Solskjaer has been given assurances over his future as Manchester United manager.

According to the Daily Mail, Joel Glazer spoke to the Man Utd manager in person to underline the family’s belief in his plans for the club and to re-iterate their full backing going forward.

Solskjaer has had to deal with speculation about his future and it hasn’t helped that Mauricio Pochettino is available following his dismissal at Tottenham.

While we are aware of Pochettino’s track record when it comes to improving teams and making Spurs a regular Champions League outfit, it sounds like the Glazers are willing to give Solskjaer time to stamp his own authority on the club as manager rather than jump ship for the next best thing.

Last week’s wins over Spurs and Man City will not only give the squad a boost, but Solskjaer should look to build on those results as United aim to finish in the Premier League’s top four this season.

The Glazers apparently recognise that Solskjaer needs time to rebuild the squad he wants while key players such as Paul Pogba have been out injured for most of the campaign and has yet to return.

Pogba is expected to return soon and that will be a huge boost for the team.

Ed Woodward is determined to bring in two midfielders and a striker with Atletico Madrid’s Saul Niguez named by the Daily Mail as an ‘ambitious option’, while Red Bull Salzburg forward Erling Braut Haaland is continuously linked with a move to Old Trafford.

The report also claims Donny van de Beek is another midfielder on United’s radar, however, he is poised to sign for Real Madrid in the summer.

Next up for the Red Devils is a Europa League clash against AZ Alkmaar on Thursday night as they look to top their group having already qualified for the knockout phase.