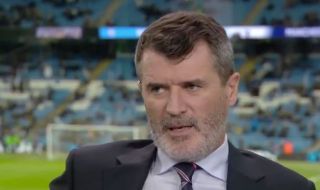 Roy Keane took aim at Tottenham Hotspur by claiming that Man Utd’s win over the North London club last week is not a big deal.

Keane was speaking after Manchester United’s 2-1 win over rivals Man City on Saturday and he suggested that beating the current Premier League champions is a much bigger achievement than their win over Spurs because of the latter’s fragile mentality.

He’s right and it doesn’t just come down to Spurs having the mentality of bottlers. City have won the league title twice on the bounce, played fantastic football whilst doing so, and have one of the most respected managers in the game.

United deserved their win over José Mourinho’s side last week and the Portuguese was gracious enough to congratulate some of his former players at full-time.

The Red Devils brought their good form into the game against City on Saturday and took all three points after winning 2-1 at the Etihad Stadium, courtesy of goals from Marcus Rashford and Anthony Martial.

United are now positioned in fifth-place in the Premier League table, one point clear of Spurs, but we must gain enough momentum to close the gap to fourth between now and the New Year!

Speaking after the win over City, Keane told Sky Sports: “I said before the show, I didn’t think beating Tottenham at home was a big deal for Manchester United. Spurs, we know their mentality.

“But beating Man City will only give the players confidence. They’ve been criticised a lot recently and today we need to take our hats off.”

Keane is right in what he says about Spurs. They’ve been too fragile in big games down the years and that’s part of the reason Mauricio Pochettino won no trophies in the past five years.

Mourinho is not likely to appreciate his comments, though.