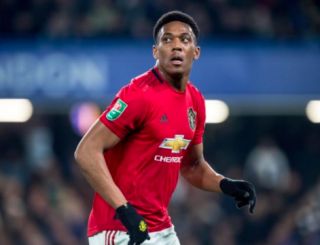 Manchester City welcome neighbours United to the Etihad on Saturday teatime for the 179th instalment of the Manchester derby as both sides look to build on midweek wins.

United pulled a shock win over former manager Jose Mourinho’s Spurs team, whilst champions City returned to winning ways with a comfortable 4-1 win at Lancashire rivals Burnley. Pep Guardiola’s men, whilst still an impressively formidable team, have not quite been the all-conquering juggernaut of the last two seasons though, and there are definitely chinks in their considerable armour which Ole Gunnar Solskjaer should try and exploit.

Here are the men who will attempt to do just that when a city collides in just over 24 hours time. Bring it on!

One of the many subplots to an already gripping storyline as two of the league’s best keepers in DDG and Ederson go face to face. After an off season last year, David de Gea has looked more like his old self in recent weeks. Tied down to a new contract, he cannot be blamed for any of the goals to have found their way past him. Having said that, a clean sheet would be welcome but a big ask here.

Probably one of the few United players to get in the City team, you’d rather have Wan-Bissaka ahead of an ageing Kyle Walker and an unconvincing Joao Cancelo. I’d still like to see him go forward more but AWB isn’t going to be someone he can’t be, and his strengths lie in his brilliant defensive ability, his tackling and interceptions. He will have his work cut out in direct opposition to Raheem Sterling, and the brains vs brawn battle between those two will go a long way to deciding the outcome.

Maguire has been solid if unspectacular since joining from Leicester so far and he was signed to perform in games like this one. Sergio Aguero, so often the scourge of United in the derby, has been ruled out, but Gabriel Jesus offers a threat of a different kind so the absence of the Argentine doesn’t exactly weaken them. Victor Lindelof was in need of a strong showing and duly obliged as a contender for man of the match in the midweek win over Spurs. We expect him to continue alongside Maguire at the heart of the defence.

This is the one area of the team where it’s difficult to predict what Solskjaer will do. United have had three different left-backs in as many games, with Ashley Young getting the nod on Wednesday. Ole may prefer to continue with his captain as he brings experience of this fixture, but he might also go for the fit-again Luke Shaw even though he lacks match practice. Was he rested against Spurs in readiness for this one? Brandon Williams had an off day in the draw with Villa and was taken out the firing line. It’s a risk to throw a kid into the firepit of a derby, but Williams hasn’t looked out of place so far so I think we should go with him. That’s what I’d do if I were Ole, but I’m not sure so I don’t know who Solskjaer’s going to go with.

This lad’s return made the world of difference against Tottenham and his duel with Kevin de Bruyne will be pivotal. If McTominay can get the better of City’s Belgian slicker, then it could put the match in our favour. He’s going to need help, with Guardiola’s metronomic midfield men definitely their strongest weapon. McTominay lives for games like this and won’t be phased by not only de Bruyne, but also David Silva and new signing Rodri as well. I think McSauce gets in the City team.

Fresh from his best game in a United shirt against Tottenham, Fred looks ten times the player with McTominay alongside him. In the absence of Paul Pogba, he’s got a big job on his hands and will need to raise his level another couple of notches to have a chance of living with his opposite numbers. The little Brazilian’s dynamism and tenacity will be key. He was signed to step up and deliver in games such as this one.

After a lightning start to his Old Trafford career, James’ influence has waned a little in recent weeks. That said, he is still regarded as a threat and, with little other option, will get the nod. He’ll be up against either Kyle Walker or Joao Cancelo, both of whom haven’t always been at their best so far this season. ‘DJ’ will make his Manchester derby debut and won’t be cowed by the occasion.

Our main problem position, we’ve three Stooges masquerading as number tens but none of them are good enough. You simply can’t play Juan Mata in a 100mph-tempo such as this, and Andreas Pereira has been worse than useless. Solskjaer is a big fan of the latter, but even he knows that we can’t afford to have anyone as a passenger in this game. Lingard does at least offer movement and energy, and creates space for his fellow forwards. Ability wise he’s limited but the best of a bad bunch. His experience will be key as well. He starts.

Red-hot Rashford is in the form of his life with ten goals in his last eleven games. The best run of his career has co-incided with a return to his favourite role on the left hand side. Another United player who would get into a combined XI, he is playing at a world class level at present. Man City’s defence is suspect, and Oleksandr Zinchenko is a real spot that we can look to target. Rashford, flying along in the finest of fettles, we have just the man for the job.

With John Stones and the excellent Aymeric Laporte still out injured, City are set to play Nicolas Otamendi and Fernandinho – a central defensive midfielder by trade – at the back. Neither of them will relish the opportunity of facing a rapid player with a good record in this fixture. The question remains, though, which Martial will turn up? The one that can terrorise the best of opponents or the lazy, peripheral figure who can be a liability.

United have an admirable record at the home of their local rivals in recent years, but our away form in general has suffered a nosedive since then whereas City have been imperious at the Etihad Stadium. In many ways, form is irrelevant when it comes to the derby. That said, City are comfortably superior to us at the minute and should have enough to get the job done. Can United cause another shock? We’d like to think so, but I can’t see it unfortunately. City 3-1 United.