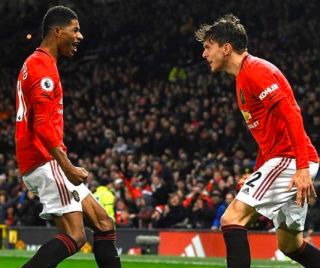 The Swedish defender has come under criticism in recent weeks, with many fans suggesting Axel Tuanzebe should be selected in his place upon the youngster’s return from injury.

But Lindelof looked assured and was really troubled by the dynamic Spurs attacking trio of Heung Min Son, Harry Kane and Lucas Moura.

The 25-year-old justified the faith shown in him by Ole Gunnar Solskjaer and we expect him to retain his place against Manchester City on Saturday.

Lindelof’s defensive flaws centre around his weakness in the air, but as seen in Statman Dave’s stat profile below, the ‘Iceman’ did not lose one aerial duel in the victory and won all of his tackle contests.