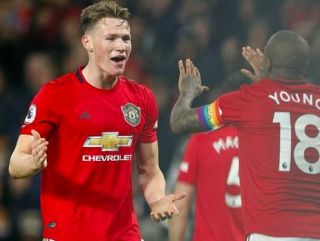 Manchester United’s victory over Jose Mourinho’s Spurs on Wednesday evening alleviated some of the growing pressure on Ole Gunnar Solskjaer.

Scott McTominay was one of the standout performers for the Reds, alongside Fred in midfield.

The Scot emphasised his importance to the side on his return from injury, after missing the games against Aston Villa and Newcastle.

He was a driving force from the off, and released Fred who looks far more comfortable in the youngsters company rather than with Andreas Pereira in a midfield two.

McTominay was noticeably purposeful in his passing, always looking to get the Reds on the front foot. 65% of his passes going forward is telling in a game that United dominated.

The 22-year-old is almost undroppable for Solskjaer now and his presence in midfield is a welcome boost with the Manchester Derby coming up on Saturday.

See his stats, via Statman Dave below: