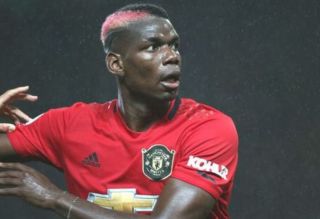 It doesn’t look like a deal for Paul Pogba to Real Madrid will happen any time soon.

According to Spanish publication Mundo Deportivo, as sourced by the Mirror, president Florentino Perez is not keen on signing the Frenchman and is only willing to offer a cut-price £50m.

Los Blancos manager Zinedine Zidane remains interested in the United midfielder, but it is reported that Perez isn’t willing to sanction a huge deal for the World Cup winner.

In reality, there is no possibility that United would be willing to let their world class talent go for anywhere near the £50m quoted.

While he’s been suffering from a lengthy injury layoff,  Pogba is one of the most talented midfielders in the Premier League and at 26-years-old is in the prime of his career.

Pogba hinted he wanted to leave Old Trafford in the summer to seek other opportunities, but remained in Manchester and we do not expect him to depart in January either.

Instead, United should be looking to strengthen their existing midfield options in the winter window and Solskjaer needs to prioritise a creative player to make the Reds more potent going forward.