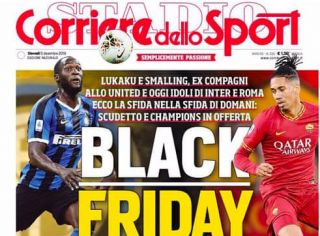 Remarkably, the publication has come out and defended the headline amid heavily criticism universally across the football community.

On their website, they released a statement regarding the backlash, claiming that the headline has been ‘transformed into poison by those who have the poison inside.’

The blind ignorance of those involved to not merely accept any fault is indicative of the racism which lingers in Italian football culture.

In their defence published online, they claim they were ‘only ever praising diversity and taking pride in diversity’.

It is genuinely extraordinary that Corriere dello Sport can not see what they have actually done wrong.

The front page, featuring two players currently impressing in the Serie A, shares the same racist undertone which has drawn a dark cloud over Italian football this season.

Romelu Lukaku had to step up for a penalty earlier this season to a chorus of monkey chants, which were later justified by Cagliari supporters in an open letter to the Belgian as ‘intimidation’.

Mario Balotelli was also targeted with racist chanting away at Hellas Verona in which he reacted furiously.

Racism is so entrenched in Italian football culture that the culprits don’t own up to any wrongdoing, instead just attempting to  rationalise what they do.

Of course, this is not the only place that racism lingers and England has it’s own problems, but there seems to be much more of a desire to tackle the problems in England than in Italy.

God help us. This is @CorSport on their front page: "‘Black Friday’, for those who want to and are able to understand it, was only ever praising diversity, taking pride in diversity. If you don’t understand it, it’s because you can’t." https://t.co/LMU5DfdSk9

Not a single soul: 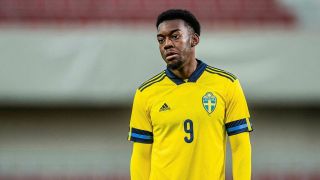