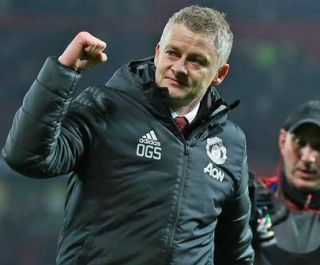 Gary Neville believes it is essential that Ole Gunnar Solskjaer brings in at least two players in January to reinforce his below-par Manchester United squad.

United’s victory over Tottenham at Old Trafford on Wednesday evening alleviated some of the growing pressure on Solskjaer, but should not mask the fact that reinforcements need to be made in the winter window.

The Reds were left extremely short in quality this summer after Ander Herrera and Romelu Lukaku were failed to be replaced.

Although, there should be an acknowledgment that business is not easy to be completed in January, United legend Neville thinks Solskjaer has to be ruthless in the transfer market.

“Ole needs to spend the owners’ money in January,” Neville told TalkSport, as quoted by the Express.

“They’re well short in terms of investment and quality. Ole doesn’t want to just be clearing the decks for other people to come in and benefit, he needs to make sure he benefits from it.

Neville understands the importance of Solskjaer being backed in the window if he is to bear the fruits of his labour. While results of late have not been good enough and much of the responsibility lies with Solskjaer, the current squad is clearly weak and still needs significant investment.

United need a creative midfield option to play in the number 10 role with superior quality to the likes of Andreas Pereira and Jesse Lingard, as well as a proven defensive midfielder with good distribution.

An attacker is also required to provide some competition to Anthony Martial, Daniel James and Marcus Rashford in Solskjaer’s front three.