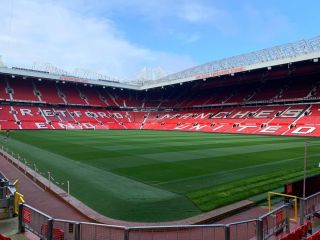 The Premier League fixture marks Mourinho’s return to Old Trafford after the Portuguese was sacked as Man Utd manager almost a year ago.

Manchester United need the win to gain ground on the race for a top four finish, with Spurs now seen as realistic competitors following their upturn in results following Mourinho’s appointment.

Solskjaer, on the other hand, is feeling the pressure as results worsen for the Red Devils and it doesn’t help his case that Mauricio Pochettino could be waiting in the wings for the United job.

David de Gea starts in goal with Solskjaer opting for a back-four of Aaron Wan-Bissaka, Harry Maguire, Victor Lindelof and Ashley Young. The latter replaces Brandon Williams, who is on the bench, and that decision probably stems from the manager looking for experience at the back.

United fans will be happy to see Mason Greenwood start up front along with Daniel James and Marcus Rashford.

Let’s hope it ends on a positive note tonight with United beating Spurs.

🚨Here’s how #MUFC will line up for #MUNTOT 👇