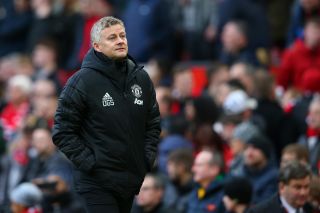 A week labelled by some as defining for the Norwegian hardly got off to the most ideal start either, as United dropped more points against newly promoted opposition, this time at home to Aston Villa.

Reports emerging that Mauricio Pochettino is waiting in wings doesn’t help Solskjaer’s case either, with the Norwegian under increasing scrutiny after the worst start to a league season in 30 years.

Although Solskjaer is clearly focusing on a long-term rebuild at Old Trafford, current results cannot just be ignored and four wins in fourteen league games is simply not good enough.

While we expect Solskjaer to retain his job in the immediate future, here are three mistakes he has made that could eventually lead to his sacking.

A key reason many United fans have demanded that Pochettino replaces Solskjaer is his ability to improve his current crop of players without relying on the transfer market. Dele Alli, Harry Kane, Heung Min Son, Harry Winks among others have all improved under the Argentine’s coaching.

Meanwhile it is hard to find one player that has significantly improved under Solskjaer’s guidance. A year in charge is enough time to clearly see some development within individuals, but there is little difference between the performances of the same players under Jose Mourinho and Solskjaer. It begs the question: could a different manager get better performances out of the same group of players than Solskjaer at the moment?

Solskjaer’s persistence to consistently select underperforming players has perhaps been the most frustrating part of his reign so far.

Andreas Pereira is a prime example. It’s almost as if Solskjaer turns a blind eye to the Brazilian’s performances in midfield. Pereira has been given chance after chance in multiple positions by the Norwegian this season. You cannot doubt Pereira’s commitment to the cause either, but the quality is simply not there and despite the fact there aren’t many options to replace him, it’s time he was dropped to the bench.

The persistence to start Pereira week in week out almost seems like an attempt to justify the five-year contract he was rewarded with this summer.  Solskjaer also took a long time to take Jesse Lingard out of the firing line when he was underperforming; Lingard had not contributed a goal for the Reds in months before he was eventually dropped from the starting eleven.

Solskjaer’s credentials as Manchester United manager have been questioned the moment he replaced Jose Mourinho. These questions are justified as well, with Solskjaer’s only previous managerial experience at Molde and a relegation season with Cardiff.

What is perhaps most worrying about Solskjaer is a lack of ideas in breaking the lesser teams down. United have dropped points against Newcastle, Bournemouth, Crystal Palace, West Ham, Sheffield United and Aston Villa already this season and can’t complain that they were unlucky in any of these games. When there is not the opportunity to score on the counter against teams  who are willing to attack themselves, United look completely stumped.

United were dominated in large parts against Aston Villa and Sheffield United. The Reds have undoubtedly got higher skilled players than these teams, but Solskjaer has yet to find a way of playing where United can establish their authority over lesser opposition. Instead, there seems to be no succinct plan and Solskjaer has to take some responsibility.

Every team in the Premier League will fancy their chances against United, and the fact that it’s difficult to think of the last game that the Reds have truly dominated under the Norwegian is telling.