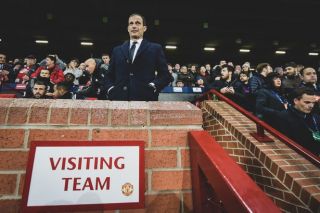 Former Juventus manager Massimiliano Allegri has reportedly indicated he would prefer to manage Man Utd over Arsenal as he eyes up his next job.

The Italian tactician was a big success at Juventus before leaving at the end of the season and is now destined to manage another big club.

Allegri also previously won major honours at AC Milan so there’s proof of success on his CV, although his defensive style of play would take some getting used to, especially when United appointed Ole Gunnar Solskjaer last year in hope he would bring a more entertaining brand of football to Old Trafford than we witnessed under José Mourinho.

But the Norwegian hasn’t done that. Maybe we’ve seen glimpses but this is not the attack-minded football we were promised at the beginning of his reign.

Allegri was recently linked with the Arsenal job, though The Athletic claim he has reservations about a potential offer due to the quality of the squad left by Unai Emery.

By some contrast, the Transfer Window Podcast states that Allegri is very interested in the United job should it become available.

There doesn’t seem to be any hints at Old Trafford that Solskjaer’s time is up. Ed Woodward can’t afford another managerial failure and that could grant Ole more time than previous managers.