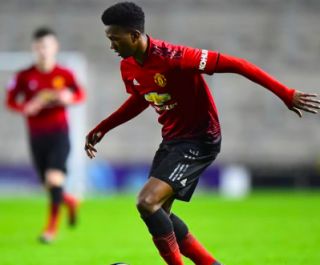 Former Manchester United youngster Josh Bohui has revealed that he believes he was unfairly treated by former boss Jose Mourinho.

In an exclusive interview with Manchester Evening News, Bohui has lifted the lid on his time in Manchester before his switch to  NAC Breda in the Eredivisie.

“It was difficult because I was facing — I’m not going to say abuse — but some unfair treatment by the manager at the time.

“I was getting frustrated by the way he was treating me: some of the words he was using, I felt it was unnecessary and it was something I mentioned several times to the club.

“I rejected the offer[s] because I didn’t believe I was going to break into the first team with the way I was treated. They weren’t really looking at me.”

Bohui is a talented youngster and was thought highly of among many United supporters who follow the youth sides. He shone in the u23 side alongside Mason Greenwood for a couple of seasons before his departure, but never got a first-team look in.

The forward was selected by Mourinho for the pre-season tour to America in 2018, but was not rewarded with many minutes and accepted the fact he was not going to break into the first-team squad.

“While I was out there, it was difficult for many of the youngsters to get some minutes — even on the tour.

“From then, it was a wake-up call that if you can’t even get minutes on pre-season tour to express yourself, then how is it possible to get any type of game time throughout the season?

United have a wealth of talented youth players looking to break into the first-team and it’s not realistic to assume every player will have a chance of making it at the club.

But it’s interesting to hear that one youngster in particular was disillusioned with the way he was treated by Mourinho while the Portuguese tactician was in charge at Old Trafford.

Mourinho maintained he was an advocate of giving the youth opportunities at United, but clearly did not strike a good relationship with Bohui.