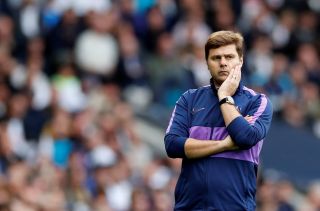 As the dust begins to settle on another tumultuous weekend for Manchester United, my mind was cast back to an identical situation four years ago almost to the day.

Back then, in the final throes of 2015, United were booed off that day after a dismal home defeat to Norwich City. The cacophony of discontent was so loud even Louis van Gaal couldn’t have failed to hear it. As the name of José Mourinho was sung loud around Old Trafford, it marked the beginning of the end for the Dutchman. From that day on, the Special One’s appointment at United became the worst kept secret in the game. Five months later, Mourinho, one of the most decorated bosses of his generation, rode into Old Trafford seemingly as our saviour. We all know how it ended, but he left as our most successful manager for many a year. Just a shame he came into the hot seat three years too late.

Mourinho was the obvious choice to replace a manager who never seemed a good fit from the start. The Portuguese, a serial winner with eyes on the job and one of the best football managers of his generation, had been recently sacked by Chelsea and with our club in need of a readily available world-class manager, he was the first – indeed only – option for the job.

Here we are again, with the name of only one man on everyone’s lips as Ole Gunnar Solskjaer begins to sink beneath the surface, hamstrung by his board, weighed down by an awful squad and an even worse coaching setup. It hasn’t reached the point where we’re singing for a new man at the wheel, but sometimes silence can be golden. The only reason Solskjaer hasn’t felt the full force of fury ringing in his ears is because we know this board is useless and Ole’s own status as a club legend.

But it’s clear something has to change. It’s looking like Solskjaer isn’t up to the job and this can’t go on. The clamour is rising for a chap from the town of Murphy, a small town in central Argentina. A manager widely regarded as the archetypal modern-day boss – tactically flexible, a champion of youth, a great man manager with a high energy, full throttle approach to the game. Enter, Mauricio Pochettino.

Now I’ve got nothing against him, I’m sure he’s a decent chap with a nice family life and he certainly seems to come across well and speaks eloquently to the media. But whilst the above attributes are admirable, in ten years in professional top-level football management, Pochettino has won…. precisely nothing. Nil. Zilch. Nada. Even Moyes won a Community Shield at Old Trafford and he was pony.

If Man Utd are looking for an elite, top-level, proven winner as our next manager, Pochettino is not that man. The zenith of the bloke’s managerial CV is a Champions League final that he fluked his way to and still didn’t win. His Tottenham team finished third in a two-horse race. The nearly man. The serial choker. Yet some think he’s the perfect fit for Manchester United? Really? What he did at Spurs was basically the equivalent of what David Moyes did at Everton – take a group of mid level players and got them challenging around the top four or five season after season with the occasional cup run thrown in. Sorry, Mauricio but no one remembers the person that almost won. I don’t want a nearly but not quite manager at my club. Based on that point of view, we may as well keep OGS or bring back Moyes. Also, Ole has beaten him twice. He may be waiting in the wings, but Real Madrid and Bayern Munich are sure to cast flirtatious glances in his direction. Both of those clubs are better propositions right now than this shambolic mess.

There is an argument to be had that he was held back from taking that final, trophy winning step in north London by his boss Daniel Levy, an erudite businessman who kept his cards close to his chest and never spent more than he had to. It was this, it’s believed, that eventually saw the axe fall for the popular Poch.

But consider this: If Moyes, Mourinho and so far Solskjaer weren’t fully backed by the board, what makes us believe Pochettino would be as well? It would cost £12.5m just to get him through the door – an absolute fortune for the penny-pinching puppets patrolling the Old Trafford corridors of power.

Yes he’s an upgrade on what we already have, but we don’t just need an upgrade, we need major surgery. There are plenty of other options out there, Max Allegri, Carlo Ancelotti and Ernesto Valverde to name but three. All have achieved more than Pochettino and all would be better qualified to take the job at United. What’s the answer? I don’t know, but one thing is becoming increasingly clear – it certainly isn’t Solskjaer.