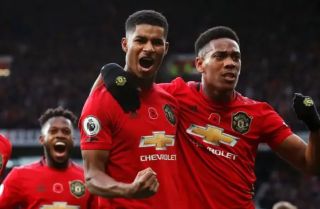 Our New Year kicks off with a trip to Molineux to face Wolves in the FA Cup third round.

Manager Ole Gunnar Solskjaer will be hoping this is the start of a cup run — contributing to a piece of silverware to claim at the end of the season. That would undoubtedly aid his chances of remaining in charge of the team.

Wolves boss Nuno Espirito Santo is in a similar boat. For all the praise he receives for making Wolves a strong and organised outfit, the former FC Porto manager will want to win his first trophy in England to prove himself as a top coach. That would put him in line for bigger jobs in the future.

United have won the FA Cup 12 times and need another to level with Arsenal who have won the competition more times than any other English club.

The draw was conducted by former England defenders Tony Adams and Micah Richards, having both won the competition as players. The former lifted the trophy on no fewer than three occasions for Arsenal, while Richards won the FA Cup with Man City in a 1-0 win over Stoke in 2011.

City will be aiming to retain the trophy this season after producing the joint-biggest cup final win with a 6-0 hammering over Watford back in May.

#MUFC have been drawn away to Wolves in the #EmiratesFACup third round.

The tie will be played between 3-6 January 2020. pic.twitter.com/koJ5WoQ9Ya