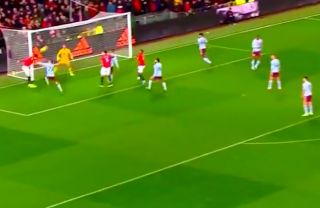 Victor Lindelof gave Manchester United the lead against Aston Villa with a well-directed header at the back post.

Moments earlier Jack Grealish had missed an opportunity to score his second and give Villa the lead, after his stunning opening first-half strike.

The Reds have upped the tempo in the second-half, after a lacklustre first-half performance.

Ole Gunnar Solskjaer’s side equalised before half-time when Marcus Rashford’s header came off the post and went in via Tom Heaton’s deflection.

The match is live on our main account @goalstv3 ❤️😍#MUNAVL