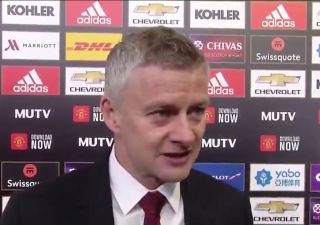 This afternoon’s 2-2 home draw against Aston Villa means the Reds are just six points off the relegation zone, and an astounding 22 points behind league leaders Liverpool.

United intended to build confidence ahead of two defining games against Tottenham and Man City next week, but instead failed to deliver a performance much better than the draw away to Sheffield United.

The fact that the first-team had missed the midweek trip to Kazakhstan in order to concentrate on this game alone is telling.

The Reds fell behind to a special strike from Jack Grealish, who was arguably the best player on the pitch for Dean Smith’s side.

An equaliser came before half-time thanks to a Tom Heaton own goal, and United were in front in the second-half through Victor Lindelof’s header.

But moment later the Reds had conceded again and the lead had disappeared instantly; Tyrone Mings fired home after some sloppy defending.

See what Ole had to say below: