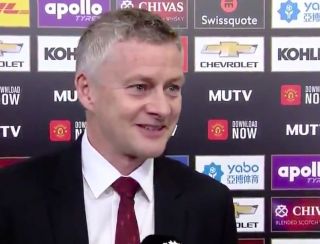 The Reds need to get back to winning ways after the dreadful performance in the majority of last weekend’s draw against Sheffield United.

Solskjaer has decided to revert back to the more suitable four at the back formation, with Brandon Williams retaining his place at left-back ahead of the fit again Luke Shaw.

Juan Mata also earns a long-awaited start in attacking midfield, replacing Phil Jones in the only change in personnel from last weekend.

The Spaniard will play in behind Solskjaer’s preferred front three of Daniel James, Marcus Rashford and Anthony Martial against Dean Smith’s side.

United’s game against Villa this afternoon begins a run of three games in six days. Tottenham and Man City are next to come so it’s vital the Reds get back to winning ways this afternoon.