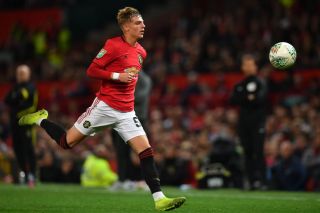 Ole Gunnar Solskjaer has named his starting eleven to face Aston Villa in the Premier League.

Brandon Williams is back in the line-up but Victor Lindelof keeps his place ahead of Axel Tuanzebe.

In midfield we can expect questions to be asked with Fred and Andreas Pereira partnering one another. Juan Mata comes in and will be expected to pull the strings and open up opportunities for United’s attacking trio.

Solskjaer has opted for Daniel James, Anthony Martial and Marcus Rashford to provide the goods in front of goal against a decent Villa side.