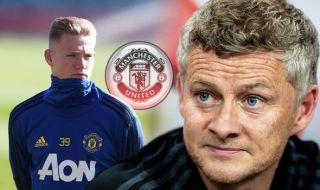 Ole Gunnar Solskjaer has provided an update on the fitness of two key Man Utd players prior to Sunday’s Premier League clash against Aston Villa.

We learn that there is a chance Scot McTominay will be involved when the West Midlands club visits Old Trafford this weekend.

The Scotland international has been absent since sustaining a problem during the 3-1 win over Brighton on 10 November and, make no mistake about it, he has been missed.

“We hope Scotty will be back as soon as possible, but he’s also been back home and I’ve not seen him,” Solskjaer said in his pre-match press conference (via United’s official website), which took place in Kazakhstan. “Maybe [he will be fit to face] Spurs but hopefully for Sunday.”

Paul Pogba is unlikely to make the game against Villa, but Solskjaer expects his French midfielder to return soon.

He added: “Paul is stepping up his recovery and let’s see how soon he’ll be match fit and available.

“We want him back as soon as possible. Sunday? No. I can’t say now as I’ve not been home and seen him. Let’s see where he’s at when he comes back and he starts training with us.”

Even though Pogba was out injured at the time, United witnessed an upturn in performances and results before McTominay’s injury, so the Scot’s return will be a huge boost to the team.

McTominay is having a good season after taking Nemanja Matic’s role in the team — a decision that could lead to the Serb leaving the club in January. We won’t be losing any sleep over that either.

When Pogba returns it may only be a matter of time before he leaves for Real Madrid, as per The Sun. It seems inevitable now that he’ll leave for life in the Spanish capital.

And with the festive period always fixture heavy, Solskjaer needs everyone back fit because the squad will be stretched.