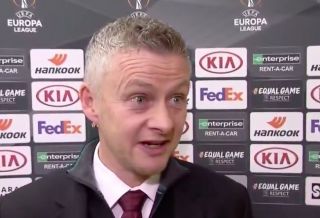 Ole Gunnar Solskjaer insists the performance levels were ‘very good’ as Manchester United were defeated 2-1 to FC Astana in Kazakhstan.

The United boss selected three young debutants in a vastly experienced side for the penultimate Europa League game.

The Reds had already ensured qualification for the knockout stages so this afternoon’s game was somewhat of a free hit for Solskjaer to give the youngsters a run out.

We shouldn’t be too disheartened by the result either as the youngsters put in a decent showing, particularly in the first-half. Dylan Levitt and Ethan Laird were the standout performers for the Reds.

Unfortunately, the momentum changed entirely when Tahith Chong missed a golden opportunity to double United’s lead and somehow chipped over. Just 38 seconds later, Astana had equalised and went on to secure victory through Di’Shon Bernard’s unlucky own goal.

United were close to an equaliser with efforts from Angel Gomes and Mason Greenwood forcing great saves from Nenad Eric. But ultimately, the Reds came up short and have to beat AZ Alkmaar at Old Trafford to ensure they top the group.

Six #MUAcademy players made their first-team debuts against Astana. 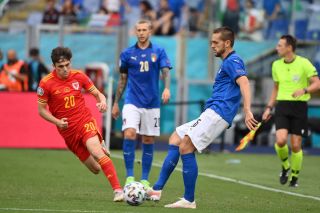