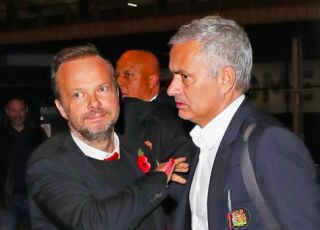 Ed Woodward is not a popular figure amongst Manchester United fans and his reputation only diminished further when he failed to back José Mourinho in the transfer window during the Portuguese manager’s time at the club.

United’s Vice-Executive Chairman has finally revealed his reasons for not giving Mourinho the signings he wanted to bring to Old Trafford.

“It is true that there was a difference of opinion on one or two players between the manager and the recruitment department,”Woodward said in an interview with fanzine United We Stand.

“Sometimes I have to be one who delivers the ‘no’, which isn’t easy, because our natural tendency is to back the manager in every possible circumstance, but we have to listen to the recruitment experts too.”

In the summer before Mourinho’s sacking last December, the writing was already on the wall. The new Tottenham boss was adamant and made public of his desire to sign a new central defender, but after already signing Eric Bailly and Victor Lindelof, Woodward was not confident with his targets and chose not to back his manager.

Woodward instead listened to his ‘recruitment experts’, who advised him not to spend on the targets.

These ‘recruitment experts’ surely have to be questioned in part as responsible for United’s repeated failings in the post Sir-Alex Ferguson era.

United’s recruitment in recent years has been dreadful, but Ole Gunnar Solskjaer’s three summer signings have all settled into life at Old Trafford well.

Woodward has to back Solskjaer again in January and provide him the finances to enable to construct a squad that is capable of competing.

Mourinho seems to have put his past disagreements with the man who eventually sacked him, revealing in a recent interview that Woodward was one of the first to congratulate him on his return to management.