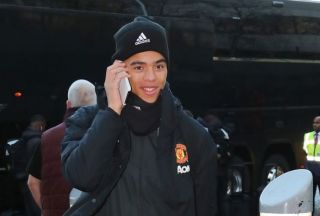 Ole Gunnar Solskjaer has gone to Kazakhstan with the kids!

Manchester United qualified for the knockout phase of the Europa League after they won their last group fixture.

With our place in the next round secured, Solskjaer has selected as many as 14 teenagers in the squad for the clash against FK Astana.

Meanwhile, Michael Carrick and Kieran McKenna have stayed behind in Manchester to train the first-team players who are being given a rest from match day duties in order top prepare them for the Premier League fixture against Aston Villa on Sunday.

Solskjaer has had to deal with enough injuries to date this season and it’s a wise decision not to risk any of his first team stars when United are already in the Europa League knockouts. Moreover, we must ensure that our league form improves so our key players are likely to put through their paces at Carrington.

So much for a rest!

Check out the list of teenagers traveling to Astana below, as per the Daily Mail:

Fans will be thrilled to see a young starting eleven knowing it’s not the kids who have let us down this season. It will be even better if they manage to win!