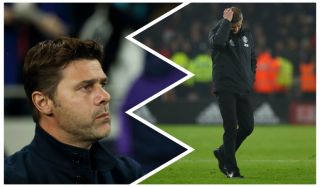 Ever since his name was first mentioned in regards taking the helm at Manchester United, back then on a temporary basis, there have been a mix of supportive backing and disgruntled outcry from the fanbase. A fanbase that has been badly fractured by the hit and miss (mostly miss, let’s be honest) managerial reigns of David Moyes, Louis van Gaal and Jose Mourinho.

This fracture only began upon Sir Alex Ferguson’s departure. People not backing the manager was unheard of for years, it wasn’t even a discussion, we were united as one behind the greatest manager ever seen. But it’s easy, and obvious reaction, to be a cohesive fanbase when things are going your way and you’re undeniably one of the top teams around, it’s not such an easy task when it goes wrong.

There was a time when we were quietly smug, and rather amused, watching our counterparts demand their manager’s head, or argue if he’s the right man, little did we know what lay ahead.

Sir Alex left us, and whether you like it or not, he left us with a bit of a dud squad. We had just won the title, but don’t let rose-tinted memories allow you to forget how bad a season that was around us. It was one of the poorest showings from the top 4 and we gladly took advantage and managed to take the crown. It was only fitting SAF won the league on his final season, the only way he could go out, but the one thing he did was fail to prepare us for the future without his utter genius, a genius that could transform average players into top class performers, a genius that could squeeze an extra 10% out of even the most talented players.

We all know how it turned out, Moyes arrived lauded as ‘the chosen one’, quickly seen off and replaced by the man with his own process, who departed to be replaced by the self-proclaimed special one.

Throughout their reigns one thing remained true, the debate, the argument, the discussion between Reds regards the manager at the time and their ability and suitability for the club.

A fanbase that had been spoilt for over two decades with success unrivalled by any other, surpassing our greatest rival and old enemy in that lot from Merseyside, now faced the realisation that we were no longer we unbreakable, unstoppable and we were quite honestly, no longer the best around.

Some found it hard to swallow and lashed out, the older generations have seen these cycles before and remained a bit calmer, and then you have those who simply refuse to ever speak negatively, the Top Reds as they are often referred to.

Fast forward to Ole’s managerial career at Old Trafford and nothing has changed. We have a daily debate on social media about his credentials, our form on the pitch, his substitutions, his transfers, even the pace at which his hair is greying.

We rode a short-lived crest of happiness under Ole at the start, when chants of Ole’s At The Wheel became popular and the squad performed. They were on fire, and you could be fooled into thinking that Ole was the Messiah with the Midas touch. United are back, and a club legend is at the helm and behind it all, our dreams have come true and our prayers answered.

Sadly, the wave crashed and it became an all familiar reality again. The squad who had given two fingers to the outgoing Mourinho by finally putting in a shift, took the foot off the gas the instant Ole was made permanent manager, and that foot has remained tentatively on that peddle ever since.

Some flurries of decent football, amongst some tragic performances, and we find ourselves once more looking at the possibility of a manager being sacked.

This pressure has been exacerbated by the recent sacking of Pochetino at Spurs, and the Argentinian, most people’s first choice for Ole’s job previous to his signing on the line, awaits in the corridor outside Ole’s office, lingering over him like a shadow that could and very likely will spell the end for Ole’s time at Old Trafford.

It’s fashionable amongst the “Top Reds”, or to be more accurate, amongst the actual hardcore, match going reds, to back their own, to throw the shoulder behind a manager or a player and help them push on, and Ole has this backing, maybe foolishly, from our fans.

Many realise that you can’t simply keep sacking managers, while each one has a go at repairing the squad, and that the day has to come where you accept it’s not going to be fixed overnight and you need to allow one guy take a bit of time and care to repair the squad, before further improvements can be made.

Many also are of the foolish notion that repeatedly changing the manager until one sticks is the way to go.

What happens remains to be seen, will Poch arrive at OT all smiles and with yet another mans plan to rebuild the squad, or will Ole be the man who gets the time and backing to continue the work he has started, with three very good signings of the right type of player for United’s ethos?

Stay tuned, only Ed Woodward knows that answer, and at times we don’t even know if he knows what he’s doing himself.