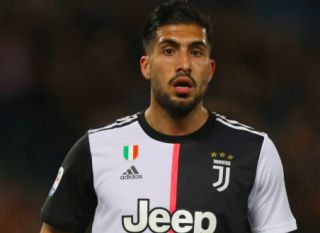 Manchester United’s midfield woes were exposed in the dramatic draw against Sheffield United on Sunday.

Brazilian pair Andreas Pereira and Fred were bullied by the Blades midfield and looked out of their depth in the absence of Paul Pogba and Scott McTominay, both out injured.

Ole Gunnar Solskjaer needed to address the midfield problem this summer after Ander Herrera departed, but for whatever reason no target was acquired and it’s now essential United strengthen in the area in January.

However, the winter transfer window is a difficult month to conclude deals and Solskjaer has to be realistic about the targets he can look to sign.

One surprise name that has been mentioned in recent months that the Reds could target is former Liverpool midfielder Emre Can.

The 25-year-old, now struggling to find his way into Mauricio’s Sarri’s plans at Juventus, could be on the move in January after voicing his frustration at a lack of game time.

Sky Sports reported last month that United were interested in signing Can in January, and former midfielder Kleberson thinks he would be a great acquisition for the Reds.

“Emre Can would be a great player to help in the midfield at United,” Kleberson told BonusCodebets, as quoted by the Express.

“I know he used to play for their rivals Liverpool, but it is important to see what good things he would bring to the club. Not only would he help United for the future and he would add strength within the midfield for this season.”