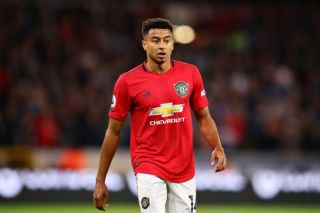 Jesse Lingard has opened up on his decision to sign for Man Utd as a 9-year-old.

The 26-year-old revealed a number of teams were trying to get him on their books as a youngster — including rivals Liverpool and Man City.

Lingard has won the FA Cup, Europa League and League Cup during his time at Old Trafford — but recently spoke about the nasty abuse he receives on social media.

The England international — with 24 senior caps to his name — has been made a scapegoat, though that’s not to say his performances over the past year don’t deserve any criticism. They do and that’s probably the biggest reason Ole Gunnar Solskjaer doesn’t start him as often as he did after becoming United manager.

It was thought at the time that Lingard would be a key figure in Solskjaer side. A player he knew from managing the youth teams and one he could use as a no.10, but that has not been the case and it’s unlikely to change anytime soon unless the youth team graduate improves significantly.

Things could have been very different, however, with Lingard revealing two of United’s biggest rivals were both interested in signing him as a youngster.

“It was left down to me to pick a club and I felt United were best suited to me personally,” Lingard told the official Manchester United podcast.

“City, Liverpool, Everton and I think Crewe at the time [were interested in me].

“I have a picture in a United kit when I was one year old. When I was seven I had trials and signed when I was nine.”

We hope Lingard can find some form over the festive period because Solskjaer will have to call on his squad when the games come thick and fast.