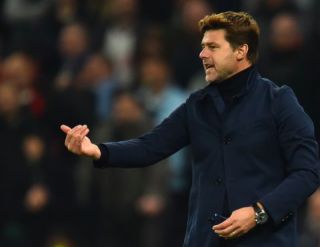 When Mauricio Pochettino was relieved from his duties at Tottenham after five and a half years in charge, the pressure on Ole Gunnar Solskjaer was inevitably going to increase.

It’s not often an elite manager is out of a job and becomes available. What makes the situation more interesting is that Pochettino was shoo-in for the Old Trafford hot seat before Solskjaer went on his 14 wins out of 17 blitz upon his arrival.

Solskjaer’s job was again in question among parts of the United fanbase on Sunday after the 3-3 draw away to Sheffield United.

Granted, the comeback to score three goals in seven frantic second-half minutes was fantastic, but it’s hard to understand why the performance was so far below par for the first seventy.

Jamie Carragher discussed the troubles at Old Trafford on Monday Night Football, and warned United chiefs that they would not be doing their job properly if they weren’t talking to Pochettino if the struggles continue.

“There’s no doubt Pochettino was the one they originally wanted and Solskjaer did so well that it forced United to give him the job,” Carragher said on Monday Night Football, as quoted by the Independent.

“I agree that he should be allowed in January to get what he needs and look after himself but at the top of United, if this continues into Christmas or January, this is Manchester United, one win in 11 away from home since March,”

“With a guy like Pochettino who could take this club forward, they would not be doing their job properly if they weren’t in contact with him.”

Meanwhile, Solskjaer’s side continue their busy schedule with a trip to Kazakhstan on Thursday to face FC Astana and the United boss is expected to field a young side.