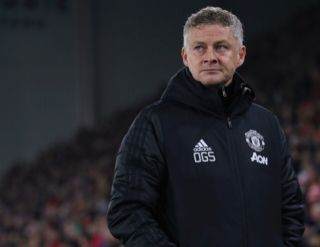 Manchester United face a trip to Kazakhstan to play FC Astana on Thursday in the penultimate game of the Europa League group stages.

The Reds have already secured their entry into the knockout stages, but will want to ensure they qualify top of the group.

Ole Gunnar Solskjaer is under pressure to get results after failing to win away at Sheffield United on Sunday, but can afford to rest players in the Europa League with a must-win home game against Aston Villa on Sunday.

United struggled to beat Astana in a dire reverse fixture at Old Trafford, and had Mason Greenwood to thank to spare their blushes with a late winner.

Sky Sports pundit predicts another tough night for Solskjaer on Thursday, who believes the pressure is mounting on the Norwegian at the club.

Nicholas believes United will draw 1-1 to Astana, despite the fact they have yet to pick up a point so far in the group.

“Everyone is talking about managers under pressure. On Saturday, when the football had finished, we said Marco Silva could be out and Manuel Pellegrini and Unai Emery could soon follow,” Nicholas told Sky Sports.

“A 10-minute performance has kept Ole Gunnar Solskjaer hanging by a thread. Can he get any consistency from the youngsters? What is his best partnership in defence? I don’t know. Phil Jones isn’t the answer.

“Harry Maguire has struggled and they do not look a team at the moment. Even with the energy at the moment, they missed presence of Scott McTominay. These grounds are awkward to get results from but this will be another one of those nights for Manchester United.”

It’s going to be an unpleasant trip for travelling United fans with conditions expected to reach below -10 degrees Celsius in Kazakhstan.

Players have been told not to spend more than 10 minutes outside during their downtime to avoid being exposed to the freezing temperatures.