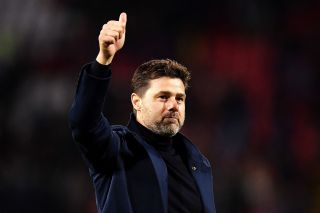 Former Tottenham manager Mauricio Pochettino is reportedly in no rush to return to football management.

The Argentine was sacked by Spurs last week and replaced by José Mourinho.

Pochettino’s sacking prompted more speculation about Ole Gunner Solskjaer’s future with some fans sharing the view that United should replace the Norwegian now that a better manager has become available.

Not just a better manager, but the man United allegedly wanted to succeed Mourinho a year ago, as Kevin Moran alluded to in his Irish Independent column on Sunday.

In her first article for The Independent, Melissa Reddy gives good analysis of potential destinations for Pochettino. It stresses that the 47-year-old will take time out and reflect after his exit from Tottenham.

Of course, United are mentioned in the piece. It is noted that the Red Devils are determined to back Solskjaer’s visions for the club.

In other to properly reflect on the game itself, you must take into account Solskjaer’s team selection and questionable substitutions.

But we are not naive enough to point the finger at Solskjaer on his own. The players are underperforming and he is expected to get the best out of them as their manager.