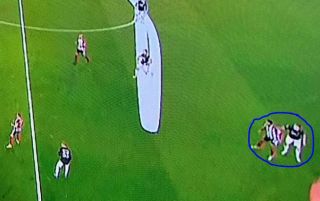 There’s no denying that Phil Jones is one of the least popular players currently at Manchester United.

The England international had an absolute shocker for United after being given a surprise opportunity to start against Sheffield United on Sunday.

The 27-year-old was at fault for Sheffield United’s opening goal by completely ignoring his team’s offside trap.

His inclusion in the starting eleven left a number of fans baffled with Axel Tuanzebe on the bench after returning from injury.

Ole Gunnar Solskjaer went for a back-three against Sheffield United, but United were still lacking in midfield and never really got going.

Phil Jones trying to maintain offside trap 🤷🏼‍♂️🤷🏼‍♂️🤷🏼‍♂️… not surprised though, he is full of such shitty defending #OleOut #SHUMUN pic.twitter.com/7yIsQGp9HS

As seen above, this is absolutely appalling for a player of Jones’ experience, and goes to show why Ole Gunnar Solskjaer has been reluctant to play him this season.

READ MORE: Pochettino in no rush to return to management amid Man Utd links

Jones cannot be trusted and it wouldn’t surprise us if that was his final appearance for the club in the Premier League.

It was his 220th appearance for United. How has he racked up that amount for the biggest club in England?

We must note that new signing Harry Maguire didn’t coat himself in glory with some shoddy defending against Sheffield United, so Jones wasn’t alone when it came to underperforming and letting his side down.