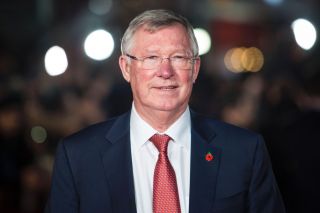 Sir Alex Ferguson has reassured Manchester United fans the struggles of the past few years will not last forever.

Speaking to ManUtd.com, Ferguson said: “Well, we’ve got a great structure at the club. We’ve got a lot of good young players coming through, that’s never changed.

“There’s always that challenge, and what’s happening at the moment is a challenge, but with a bit of luck — and a bit of perseverance — we’ll sort it out.”

Since the legendary Scot retired as United manager, his former club has failed to win the Premier League.

United have appointed four managers since Fergie’s retirement, including Ole Gunnar Solskjaer, who is currently in charge at Old Trafford. David Moyes, Louis van Gaal and José Mourinho were all sacked.

Despite there being no league title in the post-Ferguson era, United have still won a few trophies such as the League Cup, FA Cup and Europa League. Mourinho may add the Community Shield to that list but we’re not getting into that as there’s enough about him in the newspapers again.

Although United have endured a slow start to the 2019/20 season, United chiefs are still encouraged by Solskjaer’s work to date and it doesn’t seem like they plan to pull the trigger anytime soon.

A top four finish this term will be a tough ask but it’s not completely out of reach. A win over Sheffield United is needed today!