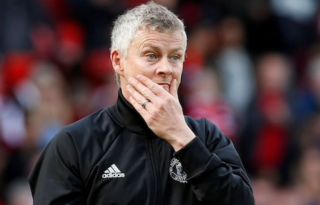 Manchester United haven’t had a good start to the season and are currently 10 points adrift of the top four. A win today against Sheffield United is a must but the Blades have been surprisingly good this term for a newly promoted side.

Fans are hopeful Ole Gunnar Solskjaer will make signings in January to give us a better chance of finishing in the top four.

The media has linked United with several players ahead of the transfer window which reopens at the start of 2020.

Names like Mario Mandzukic, James Maddison and Jason Sancho are among the players who are reportedly wanted by the Red Devils.

Ed Woodward will have to make funds available to Solskjaer if United are to make any signings in the winter.

But the Norwegian insists he will not make any panic buys and has warned supporters that signing players midway through the season is a difficult process.

“It is not about ‘x’ amount of money [we have to spend], it is ab out who do we think will be good for the club in the long-term, not just three or four months,” Solskjaer told reporters, as per The Telegraph.

“Probably not because that is the thing — it is in January. Not many clubs want to sell players that they would otherwise want to keep in January. Maybe one or two could be a loan deal but that is not a big money thing, it is just to help the team. But we are getting players back and we are looking at what can be available to us.”

Is that a hint that United won’t go for Juventus striker Mandzukic. The Croatian is 33 and hasn’t played football all season, so his impact at Old Trafford wouldn’t be felt until he reaches full match fitness and learns to adjust to English football.

Leicester City playmaker Maddison would be a total different story.