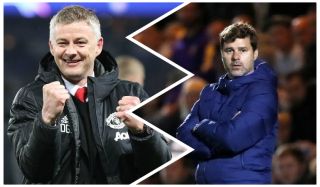 Everyone wants to know what is next for Mauricio Pochettino?

Manchester United were on the verge of sacking José Mourinho a year ago and the Argentine was tipped as favourite to takeover at Old Trafford.

Even when Ole Gunnar Solskjaer was made caretaker manager there was a strong possibility that Pochettino would come in at the end of the season — after leading Tottenham to a Champions League final.

Now with Spurs pulling the tigger and appointing Mourinho as their new manager, the question is being asked again re: Pochettino & United. Daniel Taylor of The Athletic assessed it this morning, ahead of United’s trip to Sheffield United in the Premier League.

The Red Devils head to Bramall Lane in good spirits after five wins in their last six matches. A win today would see them jump to fifth in the league — overtaking Spurs, Arsenal and Wolves.

But Pochettino’s sacking came at a bad time for Solskjaer as rumours persist that the former Spurs boss could still end up at Old Trafford.

According to Taylor, however, the chiefs at United seem content with Solskjaer.

“I have heard various reports from behind the scenes at Old Trafford recently that Manchester United’s highest-ranking executives are encouraged by what could be described as Ole Gunnar Solskjaer’s unseen work and that they are sticking to their belief it will ultimately lead to better results.”

Taylor is still convinced that Pochettino’s sacking has ramped up pressure on the United boss:

“A bad result for Solskjaer’s team at Sheffield United today and we all know which way the headlines will turn.

“The awkward truth is that Pochettino has put together a body of work that suggests he would be an upgrade. And, unfortunately for Solskjaer, that is going to remain an issue unless Bayern Munich or another club take the problem away.”

We already stated on the blog that United have a big decision to make now Pochettino is available.

Although sacking Solskjaer now — to bring in a manager who has won nothing in his managerial career — just seems harsh.

Let’s see how the festive period goes. A win today would be a nice start for the Reds!