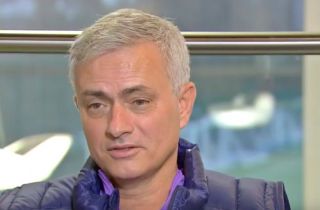 Jose Mourinho has revealed that Manchester United Vice-Executive Chairman Ed Woodward sent him a congratulatory message upon his return to management.

The Portuguese tactician was announced as Tottenham’s new boss this week after Mauricio Pochettino was sacked after over five years at the club.

Woodward sacked Mourinho last December following a poor run of results, but Mourinho revealed he was one of the first to send him a good luck message in his new role.

Mourinho publicly voiced his bemusement at Old Trafford when he was not given funds by Woodward to sign his preferred targets. Notably, Woodward denied him the chance to strengthen in central defence despite the clear need for the reinforcements.

However, it appears the pair may now be on good terms. It will be interesting to see the reception United’s former boss gets upon his return to Old Trafford on December 4th.

See Mourinho’s interview with Sky Sports below, ahead of his first game away to West Ham on Saturday.