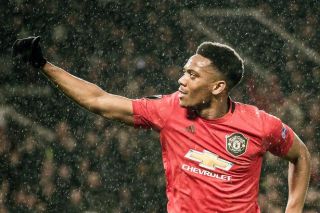 As we emerge from the final International Break of 2019 it gives us the ideal opportunity to take a look at how the table for this year’s Fantasy Premier League is shaping up as we prepare to enter the busiest period of the season. Who’s at the top, who’s on the rise, who’ falling? What United players do we need to keep an eye on for our teams?

At the top of the table, Klaus Christoffersen and his team Go Go Ole Boys leads the way with 740 points, with a score of 80 last time out, leaving him well placed inside the overall top 10,000. His captaincy of Jaimie Vardy was supplemented by the likes of Harry Wilson, Bernardo Silva and James Maddison. He also still all his chips intact meaning he is well placed to build on this strong start.

Klaus has a bit of a lead on the chasing pack with a 26 point gap (though that is fairly small in Fantasy terms) with the rest of the top five separated by just six points. Wasim Jamal (Jamaldinho FC), Andy Kelleher (Andy’s at the Wheel), Myself (Hause of Fraser) and Ray O’Mahony (The Saturdays) make up the rest of the top five). I was the biggest loser within the group last time out as 57 points saw me drop from second to fourth whilst 89 saw Wasim jump from fourth to second. There are eight gameweeks between now and New Year’s Day so there’s every chance for things to change.

So, if we wanted a United player for our teams, where should we be looking?

Priced at £7.8m, Martial represents tremendous value for a number of reasons. His price is still relatively low and his goal contributions are high but the crucial factor here is that although he’s our centre-forward Martial is classed as a midfielder in the game meaning he gets an extra point for a goal and a point for a clean sheet (if we ever actually manage to keep one).

If it’s a striker you need then perhaps Rashy is your man. He costs more than Martial at £8.6m but his form is simply incredible with eight goals in his last nine games for club and country so jumping on whilst he’s hot could be a shrewd move.

I can’t believe I am writing this but yes, Scott McTominay could be a great budget option. Priced at just £5.1m Scott seemingly has more licence to get forward right now and that shows with a goal and an assist (technically now two goals) in his last three. He could be a nice first substitute option.