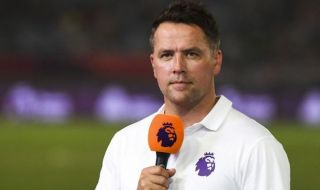 Michael Owen is backing Sheffield United to clinch a point against Manchester United at Bramall Lane on Sunday.

The Reds will make the trip to the newly promoted side in pursuit of back-to-back Premier League victories for the first time this season. That may explain why the Blades are currently ahead of United in the league table and Ole Gunnar Solskjaer will be desperate for his players to go on a winning run of some sort between now and the New Year.

United have won two of their last three PL games, which showed a slight upturn in results for Solskjaer’s side but it’s still not good enough. Losing 1-0 to Bournemouth in our last away league fixture showed that we’re never too far away from an upset.

Sheffield United are doing really well this season — positioned 5th and more than capable of causing an upset, proving that in their 1-0 victory over Arsenal last month. The Red Devils will be wary of this and need to be at their best.

Former MUFC striker Owen is backing the Reds to drop more points on the road this weekend:

“Sheffield United have been the surprise package of the season and Bramall Lane looks sure to be rocking for the visit of Manchester United who have picked up just five points from their six away league games this term,” Owen told BetVictor.

“Few would have predicted that the Blades would be looking down on Ole Gunnar Solskjaer’s side in the table at the end of November and I believe they will maintain the one-point gap between the sides following a low-scoring draw.”

Unfortunately we will start the weekend in seventh position and nine points adrift of rivals Man City in fourth spot. It’s time to close that gap — not just on City, but there’s no excuse for this United side not to be competing for the Champions League places.