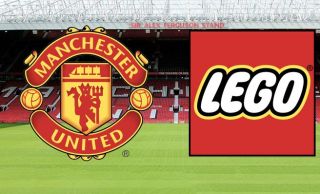 Manchester United have revealed a deal to license their stuff out to enable Lego to create official Man Utd merchandise.

The statement from the club doesn’t say exactly what we can expect but my immediate guess would be a Lego version of the Old Trafford stadium and that’s definitely something I’d like to have in my office. (Sorry, let me be a kid again just this once)

Or maybe we’ll get a full team sheet of mini-figures — one for Nemanja Matic too, which would definitely have more mobility than the Serbia midfielder.

This is what we know so far, as stated in the statement (via Off The Pitch): “Our partnership with Lego is a licensing agreement. More information on the partnership and some exciting new products will be released in the new year.”

I can imagine some Ninjago Eric Cantona collection going down as a hit, or a mini-figure for Ed Woodward so that we can have endless fun ripping its head off.

Either way, it’s bound to be a big hit with United fans who enjoy collecting Lego. It’s not something I have done since my childhood, but you can be sure there will be Reds wishing for a release of some sort before Christmas.

My only concern is Woodward struggles enough as it is on the transfer front. Now his days will probably be spent playing Lego!