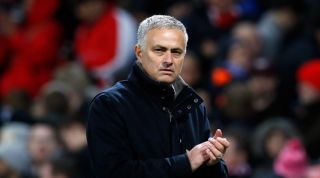 When Mauricio Pochettino led Tottenham out for the Champions League final against Liverpool in June, you could scarcely have believed that just six months later he would be sacked and replaced by Jose Mourinho.

However, such has been Spurs’ downfall this season that Daniel Levy has opted to replace the man who revitalised the club with a serial winner in Mourinho.

It’s fascinating how the Portuguese tactician will fare on his return to the Premier League, after being sacked as United manager last December.

Former United midfielder Darren Fletcher says Mourinho will come back a ‘slightly different’ manager and took some time for self-reflection after his United sacking.

Fletcher said Mourinho asked people their honest views on him and thinks this will impact him on his managerial return.

Mourinho’s first game in charge is away to West Ham on Saturday and he will return to Old Trafford on December 4th, where we expect him to get a good reception from the United faithful.

"He realised he had gone too far"

Darren Fletcher reveals that after leaving #MUFC Jose Mourinho asked people for their honest opinion on his behaviour.

After a period of reflection will we see a different Jose at #Spurs? pic.twitter.com/Dil0THITAf