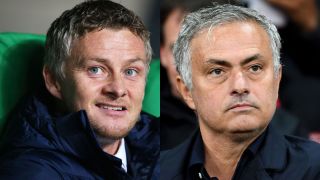 Former Manchester United manager José Mourinho is taking over a struggling Tottenham side but he will fancy his chances given the quality squad he has available to him.

The big question is does Mourinho inherit a better suited squad to his management style than what Ole Gunnar Solskjaer has?

I have selected a combined XI based on players I think Mourinho would pick, with brief explanations for the most difficult picks below.