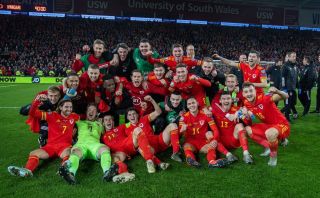 Manchester United winger Daniel James will be at Euro 2020 next summer after Wales qualified with a win over Hungary on Tuesday night.

James, 22, earned his 10th cap and will be part of Giggs’ squad for the tournament — as long as he avoids injury.

Writing on Twitter after the final whistle, James said: “What dreams are made of! EURO2020 HERE WE COME!”

Although United’s results haven’t been good, James has had a really good start to life at Old Trafford. He’s getting plenty of game time and consistently contributing to goals.

It will be great to see him at a major international tournament next summer.