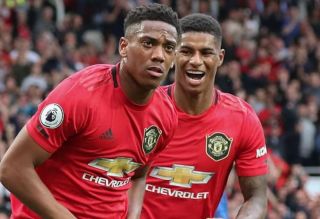 Few would have expected Ole Gunnar Solskjaer’s side to be looking up at the Blades at this point of the season, but we trail our hosts after 12 games and desperately need to get a run of wins together between now and Christmas to be in with a chance of finishing in the top four.

Chris Wilder’s side have the second-best defence in the league which is remarkable for a newly-promoted team. They will be expect a tough match this weekend against a United side rediscovering their mojo following the return of Anthony Martial.

Solskjaer’s men haven’t been very good on the road but there’s a been an improvement lately. It must continue on Sunday because we simply cannot afford to drop more points from winnable games at this point.

Although I’m cautious knowing Sheffield United are not shy when it comes to upsets, I think we’ll have too much for the Blades and will continue to see an upturn in away results. But that 1-0 defeat at Bournemouth is still playing on my mind.

United have collected just five points from six away games and Sheffield United are going to defend in numbers, so expect a close affair.

Marcus Rashford and Martial are flying it at the moment and I expect both players to get on the scoresheet, with United keeping a clean sheet.

It will also come as a blow for the Blades that they will without first choice goalkeeper Dean Henderson because he is unable to face his parent club.