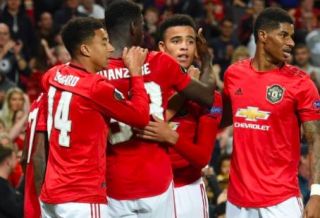 We must give enormous credit to any Manchester United fan making the 7,000-mile round trip to Kazaksthan to watch the Reds face FC Astana in the Europa League next Thursday evening.

Supporters and players will have to deal with freezing conditions, as temperatures are set to drop below -20 degrees Celsius. According to a report from ESPN, club officials have warned players and staff not to stay outside for longer than 10 minutes during any down time because of the cold.

Fortunately, United’s game will be played under a closed roof 30,000 capacity stadium on an artificial surface.

Ole Gunnar Solskjaer’s side have already qualified from the Europa League group stages after winning three of their opening four games, but will be looking to ensure they top Group L.

The United manager should look to rest key players for the game, ahead of a busy December schedule that sees the Reds take on Aston Villa, Man City and Tottenham in the space of a week.

In the reverse fixture at Old Trafford, United’s blushes were saved by Mason Greenwood who scored as we laboured to a 1-0 home victory.

But next Thursday’s game should see the likes of Greenwood and James Garner again given the chance to impress in the Europa League.