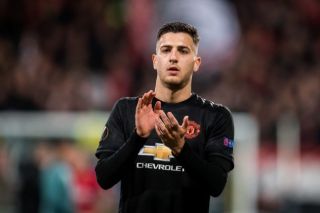 Diogo Dalot has posted an injury update on Instagram hinting at an imminent return to action for Manchester United.

The Portuguese youngster took to social media to share an image of himself working out in the gym, with the caption: “Getting closer”.

This is great news for Ole Gunnar Solskjaer who will want to make use of Dalot over the festive period as United have a lot of games added to an already hectic schedule. It’s one game after the other and the manager will need the majority of his squad fit if United are to turn their season around and get closer to that much-needed top four.

Dalot is behind Aaron Wan-Bissaka in the pecking order this season, despite looking a decent prospect for United last term. We all hope he returns from injury and pushes on between now and the end of the season.

It’s great to finally have some depth at right-back.