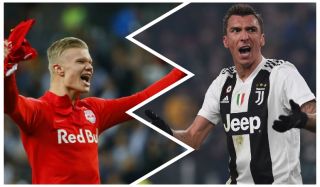 Well-respected reporter David Ornstein held a Q&A for The Athletic on Monday.

During the live-blogging event, Ornstein revealed that Erling Haaland’s dad may have already visited Manchester United, amid claims the Red Devils will target the Norwegian striker in January.

I’ve been told by one source that his father has visited and been seen at United’s training ground — but I don’t know that for certain.

The striker’s dad is former Leeds United and Man City midfielder Alf-Inge Haaland — remembered for his spat with Roy Keane.

But there are no images of his farther at Old Trafford or Carrington to back these claims up.

He’d be surprised if we made a move for Juventus striker Mario Mandzukic because he’s played so little football this season — and United are back to scoring ways since the return of Anthony Martial.

Although Mandzukic may have the profile United are looking for, I’d be surprised if they went for him if he still has played so little football come January.

Plus they are now scoring more goals (Bournemouth aside) so it might not be as pressing a concerns for January as it was looking a few weeks ago. 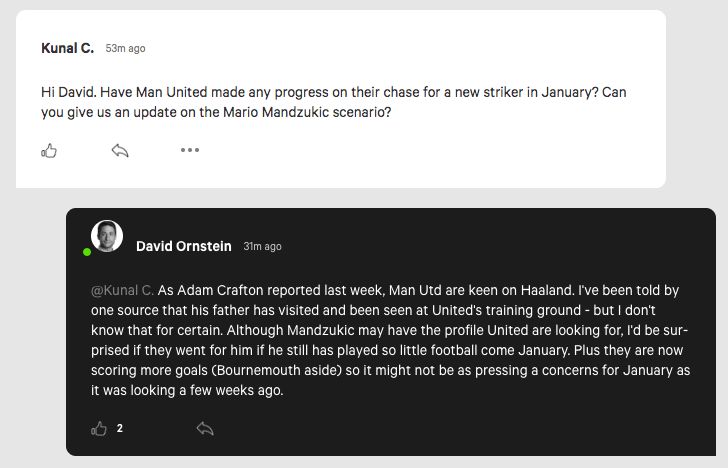 If United decide to stick with the strikers they’ve got until the end of the season, scrapping plans to sign Mandzukic in the process, Ole Gunnar Solskjaer should at least try sign a player to fill the void at no.10.

The Red Devils lack that creative spark that could result in more goals for Martial, Marcus Rashford and co. Juan Mata is kicking on, Jesse Lingard has been shocking, and patience is wearing thin on Andreas Pereira.

Haaland is under contract at Red Bull Salzburg until 2023 and the Mirror claims United will try strike a deal in January, proposing a loan back to the Austrian club between January and the end of the season.

RB Salzburg won’t want to lose him midway through the season, with the 19-year-old scoring 15 goals in 12 matches in the Austrian Bundesliga — not to mention the 7 goals he has scored in the Champions League in four games!

Mandzukic, on the other hand, hasn’t kicked a ball since the season began. Maurizio Sarri has made his feelings known towards the striker.