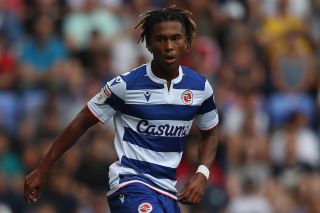 Manchester United are considering a bid for Reading striker Danny Loader, according to Sky Sports News.

The 20-year-old’s contract expires this summer and United are thought to be one of several Premier League clubs interested in securing his signature.

Loader made his Reading debut under former United defender Jaap Stam as a 16-year-old and he saw his transfer to Wolves fall through on deadline day last summer.

After that move to fell through, Loader said (via Birmingham Mail): “Everyone knows a Premier League club tried to sign me in the transfer window, but it wasn’t to be.

“I’m very ambitious, my dream is to play on the biggest stage and you never know when these opportunities will come around again.”

This obviously came as a blow for the young striker. The Premier League is the one of the best leagues in the world, and the pinnacle for footballers in the UK. He will be doing all he can to make it reality next time — whether it’s Wolves or another top flight club.

When moves such as Loader’s collapse late on, the player’s commitment is always brought into the spotlight. But a player can want to join a new club and be disappointed when it doesn’t materialise and still dedicate himself to his current club.

Look at Daniel James who scored as many goals for Swansea City before his move to Leeds United was called off at the eleventh hour in January as he did after.

The Welsh winger ended up joining United in the summer and has proved to be an exceptional signing for Ole Gunnar Solskjaer.

Let’s see if Loader turns out the same way.