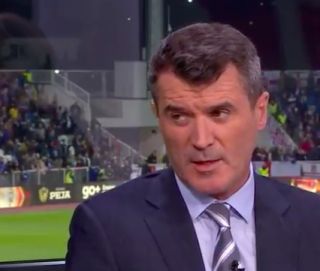 The West Ham midfielder was brought back into the starting eleven by Gareth Southgate for England’s final Euro qualifier against Kosovo tonight.

Rice has come under criticism in recent weeks, with many believing he shouldn’t have retained his position in defensive midfield for the Three Lions after his slump in form at West Ham.

However, according to ESPN’s report, the 20-year-old remains a target for Ole Gunnar Solskjaer and is included in an eight man shortlist of potential targets.

While Rice is still young and has potential to develop, we don’t think the £80m that is being quoted for the midfielder would be good value for money.

The Reds do need to prioritise defensive midfield as an area to strengthen though, with Ander Herrera not yet replaced and Nemanja Matic looking to be heading for the exit door.

See what Keane had to say about Rice below – he doesn’t hold back!

'Where do you want me to start? His positional play, I don't think he has been consistent enough, he doesn't stay with runners…'