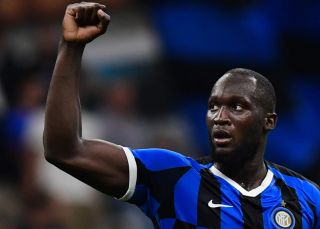 It is no secret that Romelu Lukaku forced his exit from Manchester United in the summer but he still respects Ole Gunnar Solskjaer.

The Belgian striker was sold and Alexis Sanchez joined him at Inter on loan shortly after, and United will be hoping they can get rid of the Chile International on a permanent basis next summer to free up room for another star on the wage bill.

Lukaku is currently on international duty and has been speaking to reporters about his decision to leave Old Trafford, as well as stating how much respect he has for Ole Gunnar Solskjaer, who he claims wanted him to stay.

“Solskjaer has my eternal respect. He understood me when I said in March that it was time for me to leave England,” Het Belang van Limburg reported Lukaku as saying (via Sport Witness).

“I have been in the Premier League as an 18-year-old boy and now I am 26. Solskjaer wanted to keep me, but I was ready for something new.”

Solskjaer’s side have scored 16 goals in 12 league games this season but the manager has gone on record to claim the Red Devils were right to allow Lukaku and Sanchez leave Old Trafford.

And, he’s right. There was no point keeping Lukaku if he didn’t want to be at United. Sanchez, on the other hand, was completely useless to the cause and a waste of space.

Just because we’ve struggled in front of goals this season doesn’t mean Solskjaer made a mistake. Hopefully in January or next summer we fix it by signing a more suited goalscorer for the team — in comparison to Lukaku.

Lukaku has nine goals in 12 league games for Inter and he admits he’s happy in Italy, saying Antonio Conte’s style of play suits his game.

“I have had a good relationship with trainer Antonio Conte for three years and I know exactly what he expects of me,” Lukaku added.

“The first two weeks at Inter I worked very hard with the group and when my teammates got some rest, I trained individually.

“Thanks to my football intelligence, I integrated easily. We play in a system with two strikers and that suits me. Anyway, I already knew my teammates in advance.”

He’s often partnered the highly-rated Lautaro Martinez up front for Inter this season and the 22-year-old Argentinean is reportedly on United’s radar, as reported by the Mirror, but it is thought that the Serie A club are looking for £100m for their frontman.

According to Calciomercato, Martinez has a released clause of €111m (approx £95m), and it apparently becomes valid from 1-15 July for clubs outside of Italy.

Martinez has scored eight goals for Inter in all competitions, as well as bagging a hat-trick for Argentina in their 4-0 friendly win over Mexico in September.